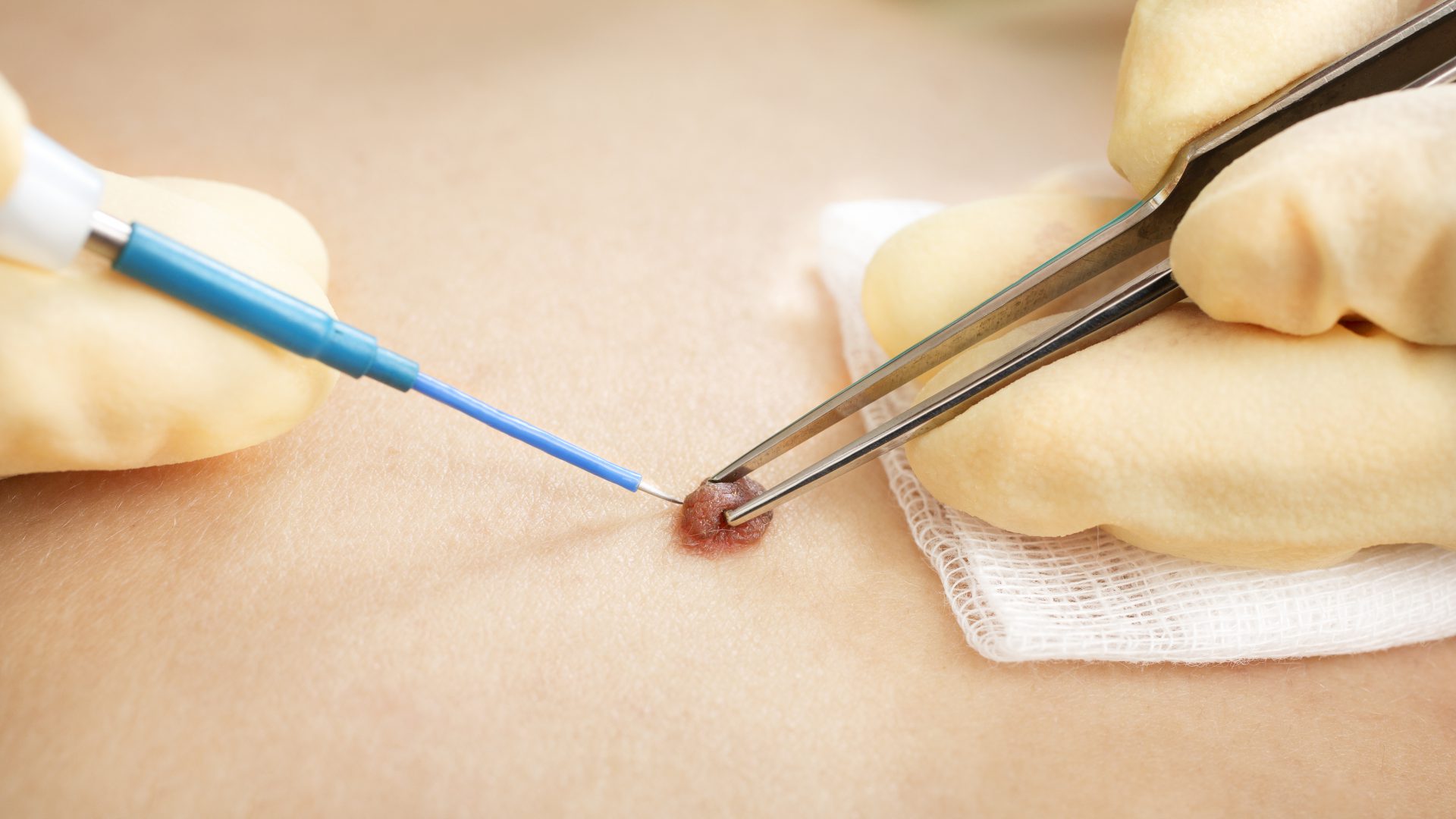 In the skin tumors infirmary, our medical team uses a non-invasive diagnostic method that monitors the pigmental and non-pigmental lesions of the skin with the aid of dermatoscope.

The structures of individual lesions on the skin are observed with a Dermatoscope device which has the ability to enlarge from 10 to 100 times and allows a detailed analysis of the lesion structure. 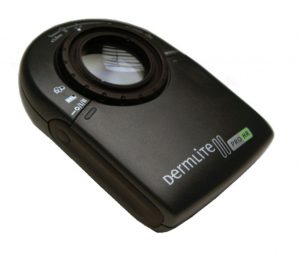 In the Polyclinic we use DermLite’s top 3-gen Dermatoscope as well as a digital dermatoscope that allows us to monitor suspicious moles, photograph them and save the images for comparison while checkups.

If there are changes in structure, color, edges or size of the lesion, the patient is sent to surgical excision.

Melanoma makes up 3% of all malignant diseases in Croatia. It develops from melanocyte pigment cells, prone to lymph and hematogenic metastasis, and is considered the most aggressive malignant skin and mucous tumor.

Who has an increased risk of developing melanoma?

Wear protective clothing and head covers, avoid the sun between 11 a.m. and 4 p.m., try to stay in the shade longer, and use sunblock when exposed to sunlight.

In addition to regular dermatologist examinations, it is important to perform regular self-checkups once a month, according to the ABCDEFG protocol: 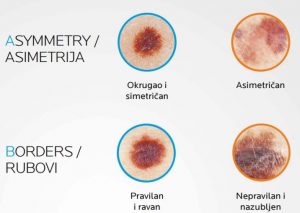 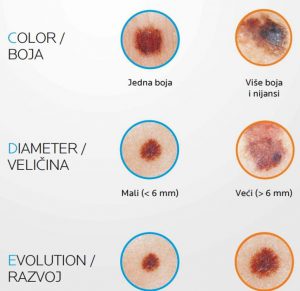